My world is in total chaos, yet, just the thought of him still makes me smile.

Yes, it’s a crush – a secret which I’ve held for a while now.

He’s not a hunk, nor overly handsome – But he was pleasant, kind and compassionate.

And, we both shared the same passion for children – we were volunteers for the neglect and abuse children in our community.

I din’t know anything else about him. But there  was something special about him, that whenever he just walks passed me, all my sensual senses were triggered, and my whole world started spinning around. Quite often I whispered, “You are awesome!”

But the honest true is, one day he would call my name, not only once, but twice.

And, since his voice was so soothing, and, ahh! I thought it was my heavenly father trying to tease me.

So I  answered was,  “Lord, may I remind you this is a very bad timing. You know the situation about me and this “Wonderful, compassionate, wish he had a crush on me too guy. Don’t you? Well! He is standing to my right, inside the glass office, and I feel so nervous right now that, I think I’m about to “Pi” on myself. So please excuse me if I reject your invitation to converse right now.” 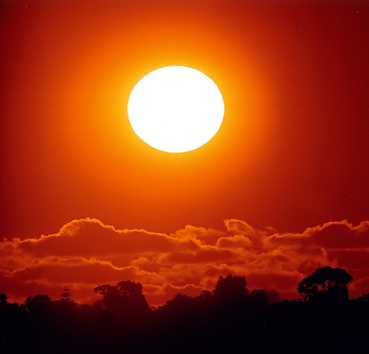 Of course, God answered me back as well. In fact, his answer was:  “I just answered your prayer  for “That  wonderful, compassionate guy  to call your name, at least once during  your lifetime.” So, be prepared my child, because he’s heading toward you.”

“Oh my God!” I whispered to myself. Afterward, my naked body took a short vacation to Alaska. Yes, I was frozen.

And, when I finally had the courage to turn my head toward the glass office where I thought he was  standing, I realized it was too late. By then, he was already standing right in front of me,  staring at me with a pleasant smile.

So do you remember when I lied earlier and said, “I was so nervous, that I was about to “Pi” on myself?” I have to confess. That was just an expression. Honestly, this time,  it was for real. In fact, after I realized he was handsomely standing there talking to me, I wanted to  take off running like a race track candidate, aiming for the gold medal. But unfortunately, I could not. Why? Because I felt as if my whole body was glued to the chair with the weight of the whole world resting on my shoulder. And the fact that  I couldn’t even open my mouth to answer him back made the moment even more awkward.  And, you really don’t’ want me to tell you the soccer team I felt playing inside  my stomach by then. You know, something  similar to a laxative treatment? And, that’s all I will say about that. .

Seriously, I had to force myself to take a couple deep breaths in order to cool off the hot flashes draining the cool air. In fact in my dream world, I was already painting a sculptured monument of him.  And, what’s worse, while I was busy staring at his cute lips, I couldn’t even hear the question he was asking me. So, I seriously had to force myself to stop my journey to heaven and made a U-turn back to earth. That’s when I realized  his question was pertaining to   a computer program we used in the office. Bummer! But till this day, I can not remember if I actually answered him back.

Yes, I know some of you may find this behavior a bit absurd. Well, in this case, my wish for you if for Mr. Crush will crush you like an unpredicted tornado during a Palmdale summer heat. Only after then, we could dispute our indifferences.

However, for those of you who’ve tasted even a zest of humiliation from a crush, I will confess that I couldn’t even open my mouth just to say: “Good morning” to him.” 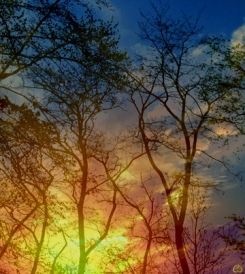 This entry was posted in Uncategorized.

8 thoughts on “My Secret Crush”

Wow………..Wonderful………..Amazing………………..
Are the few words came in my mind after reading your this wonderful post, your narration of the event especially when he came near your desk is pure pleasant experience to read especially the example of ‘Laxative” is creates the much more sound impact of entire scene, you are amazing writer, with your very simple yet solid post each time you amuse me, keep it up the good work you are doing………………

Thank you. I’m still working on my writing skills, therefore your comment is highly appreciated .
Have a great day!

Your writing skill is absolutely amazing, you have tremendous talents and believe me I am reading your each post with enough enthusiasm and undivided attention, your writing style is quiet refreshing and believe me many a times it works for me as a stress buster, so, keep it up and still you want to improve it as much as possible start to read my previous posts and in most of the posts I have asked some questions at the end of the posts, think over it replied it in a most descriptive and articulate manner, it will help you to write on various subjects, it will remove your fear to write on someone’s blog and more or less it will improvise your confidence level so in future in your blog you can tackle any controversial issues, so, tell me in my which post you are going to comment now………….
Wishing you all the best…………………

Wow! I’m flattered by your compliments. Thank you so much. You sensed right, I’m often reluctant to post my comments, A fear which I must conquer; and I will.
I will definitely follow your advise.
Thanks again, and have a wonderful day.
Nadege

You are one of the finest human being I have ever met in cyber world……….
Wishing you all the best……………

You don’t start out writing good stuff. You start out writing crap and thinking it’s good stuff, and then gradually you get better at it. That’s why I say one of the most valuable traits is persistence.- Octavia Butler | QUOTATIONS, IDIO said:
June 3, 2015 at 9:20 am

[…] Nadege; please accept my heartfelt congratulation for being this post’s UNIQUE BLOG(ER). […]

I’m so flattered, I’m speechless!!!……………………………………………………………… Yes, this is how long it took me to gather my thought in order to write the following: “I feel very special this morning. Thanks to you, of course! you were the first one who started following my blog, and your heartfelt encouragements, and compliments, have truly been a great source of inspiration. Your blog is so awesome, and your humble spirit makes it even more unique; indeed one in a million! I’ve been busy writing for a competition. But rest assure, once I’m done, I’m looking forward to contribute my zest of wisdom to your interesting blog.
Thanks again!
Nadège

Nadege;
You deserve more than that, keep it up the wonderful spirit you have, bloggers like you are true assets of blogging world.
Wishing you all the best………………

a traditional American musical with a progressive score and topical themes